In the small town of Reedley in 1904, a few Danish people decided they needed a church in which to worship.  There were 19 charter members.  The first services were held in Danish in members' homes.  Later Washington school provided a temporary meeting place.  For a time, afternoon services were conducted in the old M. E. Church.

By October 16, 1906, our little congregation decided to build a church.  By February 24, 1907, the little white church on "E" Street (as seen in picture below) was dedicated and was called Ebernezer Danish Church. 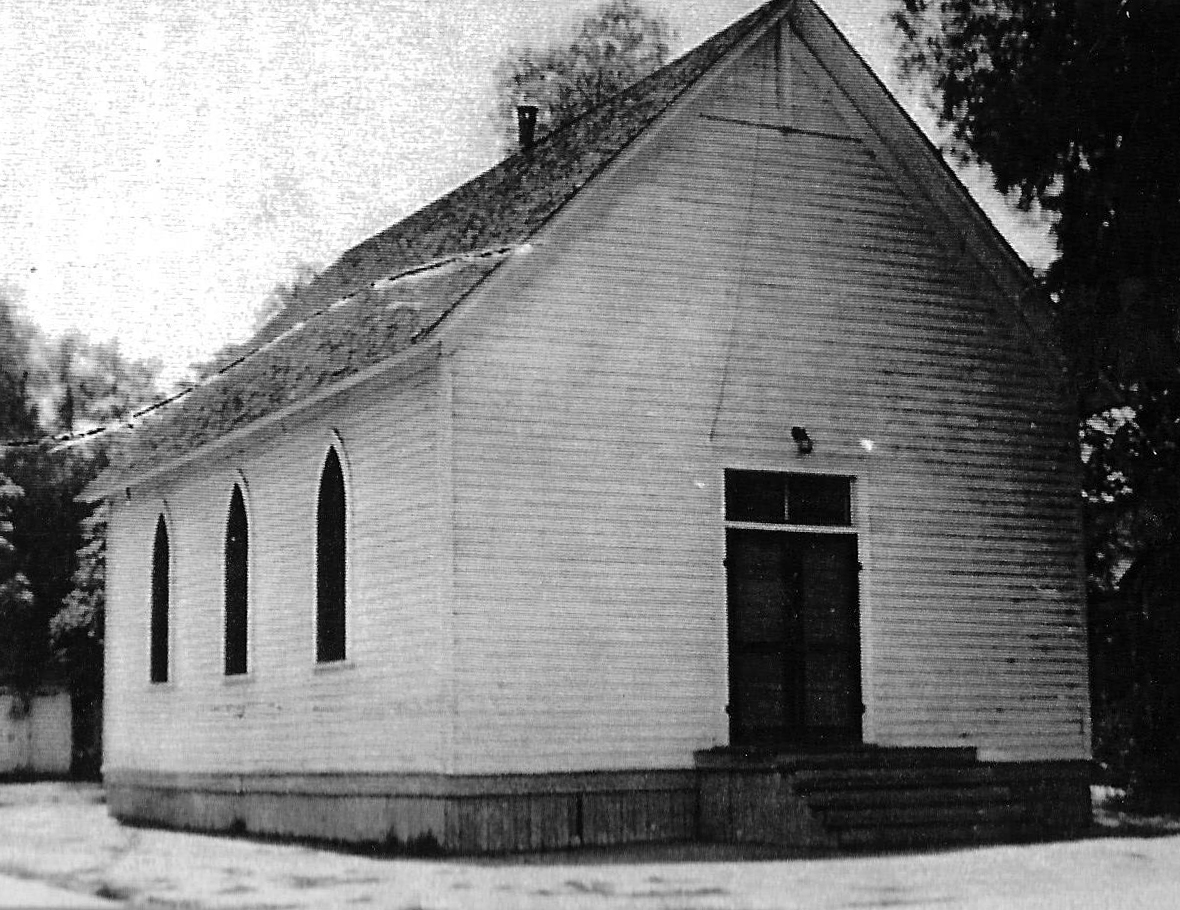 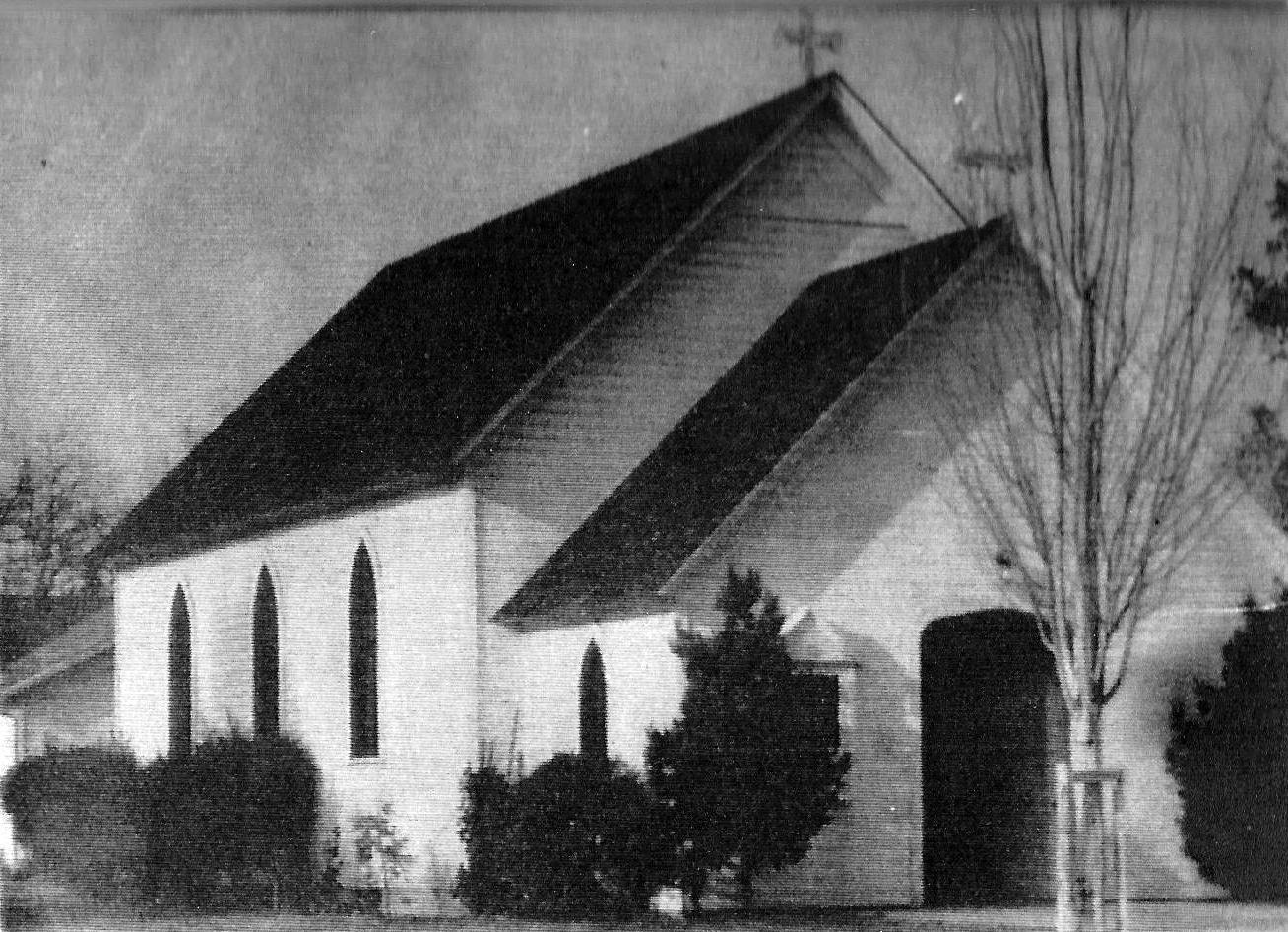 In 1956, Pella Lutheran Church, near Del Rey, and Ebenezer Evangelical Lutheran Church, our church, merged to form Christ Lutheran Church.  At the time of the merger, the church bell from Pella was put in storage for use in the new church. Five acres of land was purchased on Frankwood (present site of our church).

The first building built was the church sanctuary, a nursery, rest rooms and room for the heating plant.  Sunday school was held in the old church building.  In 1962 and 1963 the Sunday school rooms, church office and Pastoral Study were built and in 1970 the ground was broken for the Fellowship Hall.  In 1982 the Bell Tower housing the bell from the Pella Church was built and then dedicated on June 14, 1982. 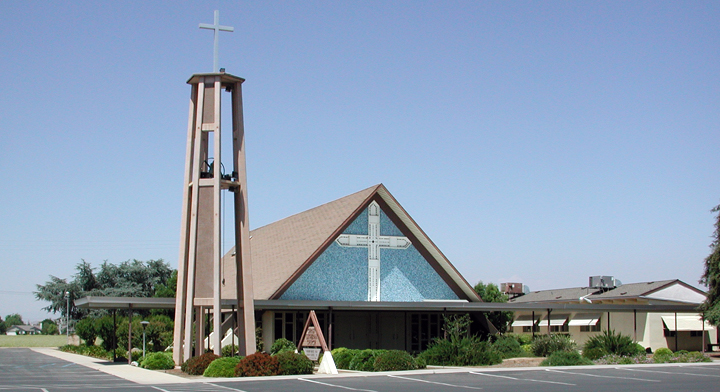 In May 2009, an addition was added to the front of the church.  This addition contained a familyroom/cryroom, restrooms and a room for after church fellowship.